“Unhappy events abroad have retaught us two simple truths about the liberty of a democratic people. The first truth is that the liberty of a democracy is not safe if the people tolerate the growth of a private power to a point where it becomes stronger than the democratic state itself. That, in its essence, is fascism—ownership of government by an individual, by a group, or by any other controlling private power.“—Franklin D. Roosevelt (1882-1945), 32nd American President (1933-1945), (in ‘Message to Congress on Curbing Monopolies’, April 29, 1938)

“The flood of money that gushes into politics today is a pollution of democracy.“—Theodore H. White (1915-1986), American political journalist, historian, and novelist, (in Time magazine, Nov. 19, 1984)

“Well, Doctor, what have we got—a Republic or a Monarchy?“ —“A Republic, if you can keep it”.—Benjamin Franklin (1706-1790), American inventor and U.S. Founding Father. (An answer to a lady’s question at the close of the Constitutional Convention of 1787)

Poll after poll indicates very deep political divisions among Americans, with indications that such divisions are deepening, and even widening as a consequence of the pandemic. Indeed, according to the most recent NPR/Ipsos poll, seven in ten Americans believe the country is in crisis and is at risk of failing.

Why so much pessimism and such disintegration?

Major shifts in domestic policies over the last 40 years

Over the last four decades, there have been two important structural shifts in the U.S. that have profoundly changed the functioning of its political and social systems in a most negative way.

The first was the decision by the Reagan administration (1981-1989) to open American airwaves to extremist political groups. Indeed, in 1986, the Reagan administration and the Federal Communications Commission (FCC) abolished the 1949 Fairness Doctrine rule in licensing the airwaves to radio and television operators. That policy required the holders of broadcast licenses both to “present controversial issues of public importance and to do so in a manner that was honest, equitable, and balanced.” The policy was formerly repealed in 1987.

Secondly, on January 21, 2010, the U.S. Supreme Court made a controversial decision regarding the role of money in politics. Indeed, the court issued a 5–4 decision in favor of a plaintiff, Citizens United, which struck down restrictions on the amounts of money spent in the political arena by corporations, including nonprofit corporations, labor unions, and other associations, by declaring that “money is speech”, which could not be regulated under the First Amendment.

That 2010 Supreme Court decision was an important break with the past, because it reversed a century-old campaign finance restrictions, and it has enabled corporations and other special interest groups to spend unlimited amounts of money in American elections.

To the traditional rule of “one person, one vote”, expressing the principle that citizens should have equal representation in voting, the U.S. Supreme Court has, in fact, added the rule of “one dollar-one voice” for corporations, nonprofit organizations and labor unions. The more dollars an outfit has, the stronger is its political voice and its political influence. As a consequence, this has moved the American electoral system closer to a de facto plutocracy and power politics for the super-rich and special interests. As former president Jimmy Carter (1924- ) said in 2015, the United States is now “an oligarchy with unlimited political bribery“.

These two influential decisions, in 1986 and in 2010—coupled with friendly fiscal measures by the U.S. government and an ultra-loose monetary policy pursued by the Fed in the aftermath of the 2007-08 financial crisis and during the 2020-22 pandemic—have been instrumental in entrenching the money oligarchy and the special interests of the ultra-rich in the United States. Their increased wealth has given them a dominant control over the political propaganda machine (print and electronic media), over the electoral process and the overall functioning of public institutions.

Income and wealth inequalities are high and increasing in the U.S.

Income and wealth inequalities in the United States are presently more severely skewed in favor of upper-income Americans than over the last 50 years, while the U.S. middle class, where a clear majority of Americans used to belong, is shrinking.

Many factors can explain such a significant shift in the relative shares of income and wealth over the last half-century, in the United States, but also in the most advanced economies in Europe, in Canada and in Australia, in a less profound way.

The most relevant are:

The process of rapid technological changes, deregulation and the rise of new industries have produced a profound transformation in the way communications and information in general are being transmitted almost instantaneously, through a proliferation of television and radio networks and computer networks.

In this new context, unscrupulous media won’t hesitate to suppress information and offer superficial or biased analyses, going as far as to generate disinformation and fake news, where facts are denied and lies glorified. For this purpose, they can resort to psychological manipulation through the propaganda technique of the ‘Big Lie’. In so doing, they can profoundly influence the masses in a chosen direction. This has opened the gates to demagoguery.

The advent of social media, for instance, was made possible by the Internet, with the support of ever more powerful microprocessors, and by interconnected computer networks. This is the technology that has allowed for the creation of numerous social communication platforms (Facebook, Twitter, LinkedIn, etc.) and which have generated enormous personal wealth.

The development of a more globalized economy has also transferred political power in favor of multinational corporations and banks, at the expense of national governments. Indeed, in the mid-1990s, there was an acceleration of economic and financial globalization, when low-cost communication networks intensified the international movements not only of goods and services through cross-border trade, but also of financial capital and direct investment, work and technology, from high wage countries to lower wage economies.

Also, in many advanced economies, there was a relative institutional decline of labor unions, and this played a role in widening the gap between more skilled and less skilled workers and in enlarging the gap between the rich and poor.

Governments have also played an important role in exacerbating income and wealth disparities through fiscal policies, which lowered taxes on high incomes and transferred subsidies and grants to the wealthy. This has also been the case with monetary policies, which have created financial bubbles in the real estate markets and in the stock market, thus favoring the wealthiest among owners.

One must also add the policies of mass immigration pursued by certain governments, which have had a disproportionate negative impact on low-wage earners, especially when such policies increase the competition between less skilled workers.

It is not surprising that all these important technological and economic transformations, and the concomitant shifts in income and wealth disparities, have created political and social resentment among many low-income earners.

They strongly resent being pitted against low-wage earners in less developed countries through free trade and more imports of labor-intensive goods, and, at home, through mass immigration. For these workers, it’s a double whammy.

A substantial part of the current divisiveness and the refusal to compromise observed in the U.S. can be traced back to this increasing trend toward income and wealth inequalities between high income earners and low income earners.

Violence and civil tensions are on the rise in the U.S.

This could explain why violence of Americans against other Americans seems to be so deadly, and while this is increasing and even encouraged in some quarters. In only one year, in 2020, there were some 43,000 people killed by firearms in the United States, an average of over 100 deaths per day.

Politically, the violent storming of the U.S. Capitol by a pro-Trump mob, on January 6, 2021, failed in its objective of reversing the democratic results of the November 3rd 2020 election. However, evidence mounts that such a full-fledged and seditious attempted coup d’état had been well organized and planned in advance.

If so, this is likely to be a harbinger of unsavory things to come for the United States. About one third of Americans now think that violence against the government can be justified. Some observers are not even excluding a possible new civil war. They are troubled by the fact that the Pentagon pays to broadcast the conspiracy-prone Fox News network to its 800 bases around the world.

Domestically, some instances of economic anarchy have occurred in the San Francisco Bay area, where organized mobs have been charging and looting stores. It would not be a surprise to see such a phenomenon spreading to other large American cities, especially if a serious economic recession were to follow the current financial excesses.

In matters of politics and social affairs, wisdom calls for ruling at the center in order to unite rather than divide. Governing for extremist interests, either left or right, only encourages the fragmentation of a nation.

Currently, several indicators show that the United States has entered a phase of internal self-destruction, due to a series of political, economic and technological factors, and because of all the disruptions that ensue, some of which have been exacerbated by the on-going pandemic.

If the United States were to continue on the same path of extreme political divisiveness, social disintegration, hatred between groups and dangerous economic inequalities, this could have profound consequences for itself and for its democracy, of course, but also for the entire world.

The end result of it all could be more moral decline, more political extremism and gridlock, more costly conflicts abroad and more violence at home. This does not bode well for the future. 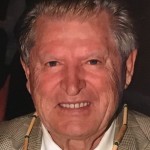 International economist Dr. Rodrigue Tremblay is the author of the book “The code for Global Ethics, Ten Humanist Principles” of the book “The New American Empire” and the recent book, in French, “La régression tranquille du Québec, 1980-2018“. He holds a Ph.D. in international finance from Stanford University.