(WMR)—Anyone driving from Norfolk, Virginia to North Carolina’s Outer Banks would normally not notice that when driving south on Caritoke Highway through the one-horse town of Moyock, North Carolina, they would be passing a country road leading to one of the largest “private” paramilitary training centers in the world. If one were to take a right turn on Moyock’s Pudding Ridge Road, after a few miles, they would come up on the gate of the Academi “Elite Training and Trusted Protection” facility. Formerly known as Blackwater and Xe, Academi is nothing more than a privatized arm of the Central Intelligence Agency, which provided the company, throughout all of its incarnations, with sweetheart and lucrative contracts to engage in operations that the CIA wanted to keep free of its fingerprints.

One thing that stands out in Moyock is the lack of motels and long-term hotels that are commonplace around other military installations. Academi claims it trains U.S. and foreign security personnel at its Moyock facility but the lack of off-facility accommodations indicates that trainees are housed, fed, and provided all other creature comforts on the Academi facility. Keeping its trainees as a captive audience ensures that there is not as problem with students hanging around local establishments, getting drunk, and “spilling the beans” about what they are doing inside the Academi facility. In terms of operational security, Academi and its predecessor Blackwater, could ensure that “loose lips did not sink ships,” especially during the planning for top secret operations. 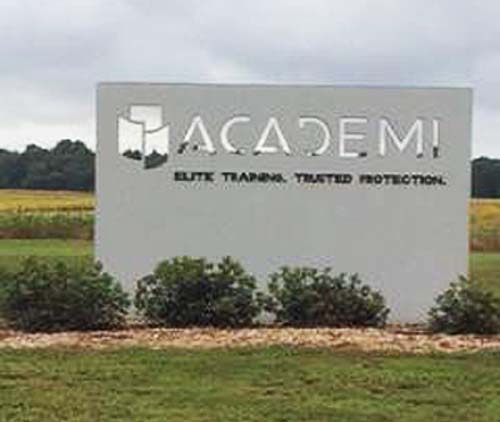 Some 36 miles from Moyock—closer if one were to avail himself or herself of unpaved roads—sits what is officially known as the Harvey Point Defense Testing Activity. In reality, this base belongs to the CIA and is shrouded in mystery. Local residents of nearby Hertford often complain of loud explosions from the base but local officials, relying on the patriotism card but also keenly aware of the money pumped into the local economy by the CIA, slough off concerns about the explosions as being merely “the sounds of freedom.” 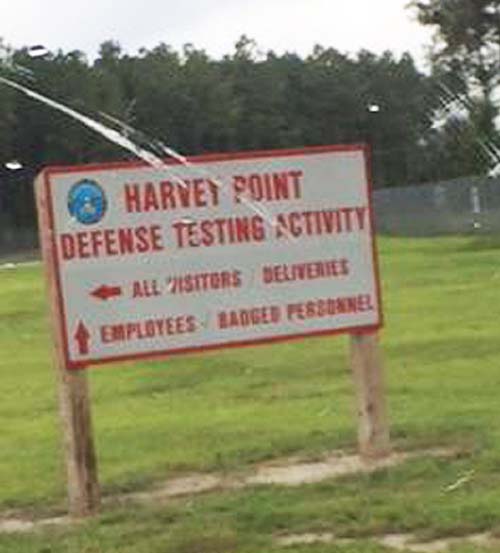 Oddly, Google Earth shows that in the middle of the base sits a commercial airplane fuselage with part of its wings lopped off. Local residents have witnessed the remains of bombed automobiles, including limousines, being removed from the facility on flatbed trucks. Special operations forces including those from Israel, have received unspecified training at the Harvey Point base.

One June 28, 2013, WMR reported on another CIA base, the Pinal Air Park/Marana Airfield outside of Tucson, Arizona. It was this facility that drew the interest of retired Boeing 757 and 767 pilot, Iran-contra CIA contractor pilot, and 9/11 author Phil Marshall. In January 2013, the Calaveras County Sheriff’s Department concluded, after a botched investigation, that Marshall shot himself to death after having shot and killed his two teen-age children and the family dog. Pinal is the home to America’s “boneyard” of retired civilian aircraft, including Boeing passenger aircraft. Nearby Davis-Monthan Air Force Base is the home to the boneyard of retired military aircraft. In addition, the CIA and U.S. Special Forces maintain operations at Pinal, the CIA through its contractor, Evergreen International. A former CIA official who was involved in the CIA’s planning of the Iran-contra “arms-for-hostages; Iranian profits for the contras” operation confirmed that Evergreen had a close working relationship with the firm PTech, a firm with connections to the Saudi royal family and Israel’s Mossad and which had contracts to provide computer software support to the Department of Defense, Federal Aviation Administration, Department of Justice, FBI, and the Secret Service from 1997 until 9/11. The firm continues to provide software support for classified U.S. military projects. 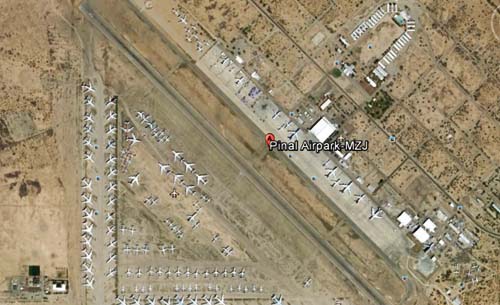 A portion of the commercial aircraft "boneyard" co-located with the CIA's Evergreen International facility at the Pinal Air Park in Arizona. The late pilot and author Phil Marshall suspected that the commercial aircraft used on 9/11 had been "drone-enabled." Whatever proof Marshall received from two former Iran-contra CIA colleagues likely cost him his life as well as the lives of his two children.

WMR has learned from a number of sources who are familiar with the operations of Moyock, Harvey Point, and Pinal that the three secret installations played a part in the planning and carrying out of the 9/11 attacks. Pinal provided the Boeing 757 and 767 aircraft that were retrofitted to be flown remotely into the World Trade Center’s North and South Towers. WMR has not confirmed whether the Boeing 757 that crashed in Shanksville, Pennsylvania, was remotely-flown but there were no bodies spotted or recovered by the Somerset County coroner after the crash. 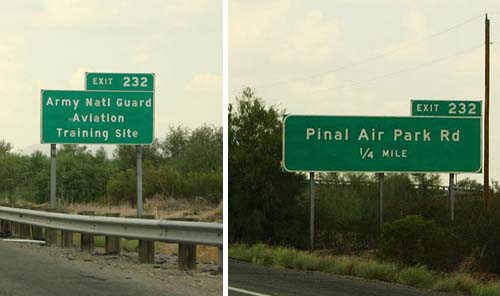 As with Harvey Point, the CIA operates the Pinal, Arizona facility under Defense Department cover.

WMR has recently been informed of further links between retired U.S. military and intelligence personnel who were associated with the Iran-contra scandal and the planning of 9/11. These include retired Navy, Marine Corps, and Army personnel, some of whom were at the very top echelons of the Reagan administration scandal.

This story is continuing to develop . . .