Israeli Prime Minister Binyamin Netanyahu’s controversial trip to the United States, where he will address a joint session of the Congress over the wishes of the White House and with a partial Democratic boycott of the speech, has brought up once again the age-old question that afflicts those who support Israel: Are they more loyal to the Jewish State or the United States?

According to information received by WMR, a small company called Demodulation is charging that the U.S. government, the State of New York, the State of Israel, the State University of New York, Alfred University, Corning Glass, the Department of Energy-Oak Ridge, Babcock and Wilson, and other parties have conspired to defraud the firm of its proprietary microwire technology, the core technology for which was originally acquired under an exclusive license from a post-Communist Romanian enterprise. Specifically, the company is charging that the conspirators, called “the Enterprise,” are guilty of patent infringement and trade secret violations.

Demodulation reveals the history of its technology from what was then the Communist bloc: “Critical aspects of the supporting core ų microwire science originated under a patent issued by a Romanian scientist, Dr. Horia Chiriac after 1996 during the fall of the Former Soviet Union (FSU). Dr. Chiriac was of interest to the intelligence community because of his numerous technical publications. He was one of a hand full of technologists in the world that possessed extensive knowledge of amorphous metal materials and their processing. Accordingly, he was a person of enormous interest by the military and intelligence apparatus of many technologically advanced countries. For example, during and after the fall of the FSU, the United States mounted major intelligence efforts to identify and clandestinely acquire FSU technologies of military and intelligence significance. It was during this period, that U.S. military and intelligence agencies first became interested in Dr. Chiriac’s work and clandestinely acquired critical aspects of the supporting core ų microwire science. The core ų microwire science, however, was only one critical part of a complete technology package necessary for the U.S. Federal Government and the other members of the Enterprise to practically apply the ų microwire fiber technology for intelligence and military applications.”

The ų wire technology, as described by Demodulation, is based on a glass-coated wire the size of a human hair. There are many commercial, as well as national security, applications. Microwire can be inserted into packages that can be remotely monitored using hand held detectors or even by satellites in space.

Demodulation has presented a case to the FBI that reeks of intelligence agency intrigue. The company even alleges that a murder occurred of an Alfred University employee who discovered financial irregularities at the school. A statement by Demodulation on the case reads: “During the course of our investigation, we discovered probable cause to believe that a homicide was committed at Alfred University in the State of New York. A mid-level accounting official at Alfred University was accused of embezzling cash funds from the Admissions Office and was later reported by the University as having committed suicide. Our interviews of eight individuals either directly or tangentially involved in the matter provided contradicting testimony concerning the circumstances surrounding the death. This testimony includes reports that the Alfred University accounting official was aware of financial irregularities taking place in the University. For example, one witness testified that he, ‘wouldn’t be surprised if she found out something and was murdered.’”

Demodulation alleges that it was at Oak Ridge where the Department of Energy and Babcock and Wilson Technical Services began turning over the company’s proprietary technical details to other members of the group of patent violators, including the National Security Agency, the Defense Advanced Research Projects Agency (DARPA), and the intelligence service of Israel, the Mossad.

Demodulation discovered a link between the theft of its technology and the espionage case brought against U.S. Army employee Ben-Ami Kadish, an employee of Picatinny Army Arsenal in New Jersey and a spy for Israel. 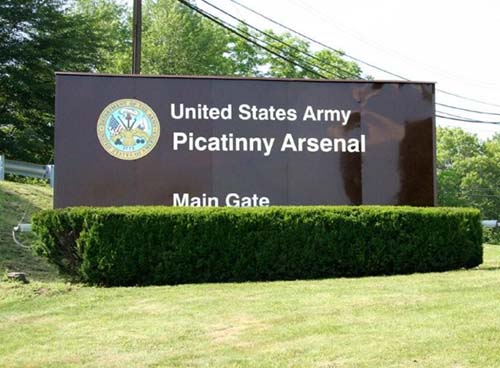 The Demodulation claims and the Kadish case together point to a major Israeli intelligence operation in northern New Jersey aimed at illegally acquiring U.S. dual civilian-military use technology.

On April 24, 2008, WMR reported on the Kadish affair: “The arrest of of former U.S. Army engineer Ben-Ami Kadish by the FBI on charges of providing classified information, including nuclear data, to Israeli spy Yosef Yagur is part of a wider Israeli espionage ring operating deep within the U.S. government for some four decades. The Israeli espionage and agent-of-influence ring has penetrated U.S. intelligence and the U.S. nuclear command-and-control chain of command.

“Kadish was a mechanical engineer who worked at the U.S. Army’s Armament Research, Development, and Engineering Center at the Picatinny Arsenal in Dover, New Jersey. Kadish’s handler was Yosef Yagur, assigned as the Consul for Science Affairs at the Israeli Consulate General in Manhattan. In the criminal complaint filed by the US Attorney for the Southern District of New York on April 22, 2008, Kadish is referred to as ‘CC-1′, a co-conspirator not named as a defendant. The complaint states that Kadish took home a classified document concerning nuclear weapons marked ‘Restricted’ and permitted Yagur to photograph the document in the basement of Kadish’s home. Yagur previously worked for Israeli Aircraft Industries (IAI) along with Kadish’s brother. Yagur and Israel’s science attache in the Washington embassy, Ilan Ravid, both handled convicted U.S. Naval intelligence spy Jonathan Pollard. Both Yagur and Ravid were hastily recalled in November 1985 after Pollard’s arrest.

“The arrest of 84-year old Kadish and his reported willingness to cooperate with the FBI may eventually lead to the identification of a Jewish-American spy who was a senior member of the Reagan administration. The agent-of-influence is code-named ‘Mega,’ although some reports call him ‘Mr. X.’ Israel maintained at the time of Pollard’s conviction for espionage that he was a lone case and that Israel would never again spy on the United States. The Kadish arrest puts to rest the Israeli claim and the FBI is reportedly doggedly pursuing others in the Israeli spy ring, including the elusive ‘Mega.’

“There is reportedly a group of FBI agents who are graduates of Fordham University who have never been happy about Israeli intelligence operations in the United States. During the height of the power of the neocons in the George W. Bush administration, these agents were forced to take a back seat as Israeli intelligence influence grew within U.S. military and intelligence circles. However, with the decline in influence of the neocon cabal, the Fordham group is making its move against the Israeli spies.

“Kadish also provided Yagur with a Secret document on a modified version of the F-15 fighter the United States sold to another country, reportedly Saudi Arabia. Another Secret document handed over by Kadish to Yagur was on the Patriot missile defense system.

“The following day, Kadish denied to FBI agents that he had spoken to Yagur. However, WMR has learned that the National Security Agency (NSA) intercepted the phone call between Kadish in Monroe Township, New Jersey, and Yagur in Tel Aviv, Israel. There is also communications intelligence (COMINT) evidence of Yagur’s phone calls between at least 1980 through 1985 from his Riverdale, Bronx, New York, residence to Kadish’s residence in Clifton, New Jersey, arranging for visits to Kadish’s basement to photograph classified documents.

“Kadish’s emails to Yagur were also intercepted and in 2004 Kadish traveled to Israel to meet with Yagur. The criminal complaint against Kadish also specifies that there is a current Grand Jury investigation in New York City of Israeli espionage agents in the United States.

“Kadish admitted to FBI Special Agent Lance Ashworth that he did not have the required clearance or need-to-know for the nuclear weapons document he gave Yagur. Kadish admitted he provided 50 to 100 documents to Yagur, all of which were classified. Kadish maintained he gave Yagur the documents in the belief that they would ‘help Israel.’

“Another member of the Israeli ring that ran Pollard and Kadish was Israeli Air Force Colonel Avi Sella. Sella gave Pollard a laundry list of classified documents wanted by Israel from Pollard’s place of work at the Naval Investigative Service’s Anti-Terrorist Alert Center in Suitland, Maryland. WMR previously reported that the Pollard-Sella contacts occurred around the same time that current Air Force cyber-security ‘czarina’ and anti-Iran Operation Checkmate strategist Dr. Lani Kass arrived at Booz Allen with a top secret clearance after having just left the Israeli Air Force as a major. WMR has previously reported that Kass is a key member of a rival nuclear chain-of-command that was responsible for moving six nuclear armed cruise missiles from Minot Air Force Base in North Dakota to Barksdale Air Force Base in Louisiana. WMR has learned from knowledgeable sources that US law enforcement and intelligence are looking at connections in the Israeli Air Force and between Sella and Kass.

“WMR has also learned that contacts between former Pentagon Policy and Plans chief Douglas Feith and Israeli military intelligence officers is also getting a fresh look by investigators. Feith lost his National Security Council job in 1982 after it was discovered that he was passing classified material to Israeli embassy officials. Feith’s 1980s connections to Yagur, Ravid, and Sella are also getting a new look by federal investigators.”

After pleading guilty to ‘failing to register as a foreign agent of Israel,’ a sweetheart deal often extended by the U.S. Justice Department to Israeli agents, U.S. Judge William Pauley merely fined Kadish $50,000 and said it would do no good to put such an old man in prison. Kadish died on July 16, 2012. His various interlocutors continue to spy for Israel.