Industry ghostwriters are behind many deadly products presented as ‘safe’ 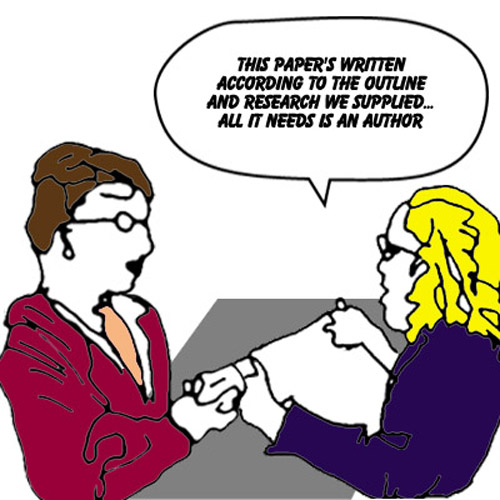 How much of what we believe about the “safety” of chemical and drug products is planted in journals by industry itself? A lot!

“Research” establishing the flame retardant chemical deca (Deca-BDE ) as safe can be traced to just 12 blood samples obtained in 1988 and “spun” by a consulting company hired by chemical makers. The toxicologist who analyzed and disseminated the research, Dennis Paustenbach, is known for his research questioning whether secondhand smoke causes lung cancer and whether carcinogens benzene and asbestos are occupational hazards.

In 2005, ChemRisk, the company Paustenbach now heads, “conceived, drafted, edited and submitted” research absolving chromium as a possible carcinogen in polluted drinking water. The paper’s author had also been paid by Chemrisk. The research was retracted.

The popularity and perceived safety of Vioxx also rested on industry assurances. Industry-paid ghostwriters promoted the “super aspirin” which ended up causing up to 140,000 cases of serious heart disease. The deadly drug was withdrawn a decade ago.

One paper in the Journal of Women’s Health was titled, “Is there an association between hormone replacement therapy and breast cancer?” and found nothing to worry about. Like the chromium and Vioxx ghostwritten articles, the paper was neither written nor initiated by the “author” who was credited—William T. Creasman, MD—but by industry guns.

Soon after the original, flawed research was published, the lead author, Martin Keller, former Brown Professor Emeritus of Psychiatry, acknowledged that GSK had given him tens of thousands of dollars during and after the time the study was conducted. The University of Pennsylvania acknowledged the research, written by medical communications company Scientific Therapeutics Information, was ghostwritten. (Pharmalot June 26, 2012). In 2014, two members of the American Academy of Child and Adolescent Psychiatry came out and asked the editor of the Academy’s journal, where the research was originally printed, why the controversial paper had not been retracted.

The reanalysis of Paxil’s safety among young people is especially alarming in light of the high suicide rates in the military which, of course, consists of mostly young adults. Between 2001 and 2009, 17,830 prescriptions for Paxil were dispensed to military personnel according to Tricare data. The Veterans Administration’s Iraq War Clinician Guide calls Paxil and other SSRIs “ﬁrst line medications for PTSD pharmacotherapy in men and women with military-related PTSD.” In fact, Paxil has been the preferred antidepressant given out in the military. Suicides among young service people during the Iraq and Afghanistan wars and afterward exceeded combat deaths and sometimes amounted to one death a day.

Probably no name is as associated with research fraud as that of Scott Reuben, former professor of anesthesiology and pain medicine at Tufts University and chief of acute pain at Baystate Medical Center in Springfield, Massachusetts. Often referred to as the “Bernie Madoff of medicine” because he published research on clinical trials that did not even exist, Dr. Reuben’s did much to establish the “safety” of the COX-2 inhibitor class which included Vioxx and Bextra, which was also withdrawn from the market.

There is a lot of money in fraudulent research. In addition to helping to sell products by reducing the appearance of risks, reprints of ghostwritten articles can make scientific journals thousands of dollars. Companies which ghostwrite scientific papers and place them in journals on behalf of “authors” can be paid as much as $20,000 to $40,000 per paper.

Suits have been brought against major drug companies for ghostwriting-related fraud but it is not clear financial penalties are a deterrent. What is clear is that ghostwritten “science” can and does kill.