Trump, the GOP and media pivot to ‘normal’

Now that he has clinched the nomination, here comes the effort to shape Donald Trump's image as a regular guy. But he remains ‘an existential threat.’

There is no sense in mincing words, even at the risk of sounding alarmist: Donald Trump is an existential threat to American democracy. Andrew Sullivan, in his much-discussed essay in New York Magazine, said as much, calling Trump “an extinction-level event.”

Robert Kagan, writing in The Washington Post, concurred. His piece was titled: “This Is How Fascism Comes to America.”

And those are neoconservatives. Others who are normally temperate and cautious also have weighed in with the same idea.

Americans are usually sanguine about such things. We feel the country somehow survives, no matter how dire the threat. But what Trump portends is something this country has never before faced, never, and even if he is defeated, he already has managed to change the nature of our political discourse, perhaps even our politics themselves. This country will take a long time getting back to normal, if ever, because now we know there not only is something dark and hideous lurking in the American heart, but that it also can take over the system.

Whether or not we can save ourselves from ourselves, anyone looking to the media as a potential bulwark is likely to be disappointed. Though the print media especially have been critical of Trump’s temperament, if fairly oblivious to the windy pronouncements he calls policies, and though pundits, even some on the right, have blasted Trump continuously and warned of the consequences of a Trump presidency, both the media and politics share a long-standing tendency that sooner or later kicks in: Anyone who, or any institution that, exercises power always gets normalized. It doesn’t make any difference where that power comes from. It doesn’t make any difference how reprehensible the expression of that power may be. It doesn’t make any difference even if the power threatens the very basis of a nation.

Those with power always get normalized.

We have seen this in action with the Republican Party, which has perpetrated one idiocy after another over the years without much blowback from the press because the party is one of the two hubs of power in America. So when they deny climate change or shut down the government or attack the Affordable Care Act without producing any alternative or repress the voting rights of poor and minority citizens, or, as congressional Republicans did earlier last week, slash funding requested by the National Institutes of Health to confront the Zika emergency, it is treated in the mainstream media as business as usual, one set of policy preferences against another, rather than an assault on the safety and health of American citizens, not to mention their sanity.

But the Republican Party, heinous as it may be, is a huge institution with a long history and a certified place in the American establishment. Donald Trump, on the other hand, is an individual with a history of clownishness. Abnormality has been his normality—his way of grabbing attention, of distinguishing himself from the bland horde of suits who competed against him, and of making money. In this election, he has depended on not being normalized, and when he seemed like the longest of long shots for the GOP nomination, the MSM accommodated him. He was always the outlier.

Now that Trump is the presumptive nominee, the press and the candidate’s own henchmen have predicted the famous “pivot” to normal, the idea being that the Republican rank-and-file were so far gone that Trump’s inadequacy, his proud ignorance, his bullying, his incivility were actually advantages in the primaries, but that these same qualities won’t play anywhere near as well with the general electorate.

That idea, however, is actually self-fulfilling, not necessarily by Trump but by the media. Of course, Trump was embraced by the lunatic right-wing media—Fox News, Breitbart, the radio gasbags. That wasn’t normalizing. That was just the alliance of one abnormality with another. Normalizing is what The Washington Post did in the piece I referenced last week on Trump’s sons, in which Trump was depicted as an absent but caring father.

Normalizing is what The Today Show did when it interviewed the entire Trump clan.

Normalizing is what Jimmy Kimmel did in inviting Trump on his program as if the candidate were just another entertainer shilling a movie or TV show or CD, even as Kimmel was grilling him over his stance on transgender bathrooms.

Can the smiling Trump cover be far behind?

Still, given the typically craven behavior of our media, the MSM pivot hasn’t been as thorough as one might have expected, because, I suspect, the Internet, with its vast anti-Trump sentiment, has brought some pressure on the MSM by highlighting Trump’s lies, his provocations to violence, his secrecy, his disregard for any common decency, his insults, his flip-flopping.

But the single biggest source of news in this country is still the evening network news broadcasts, and they have resisted that pressure. They have been treating Trump not as a demagogue, or as the strangest and most dangerous individual ever to be nominated by a major American party, but as just another candidate. When they reported the violence last week outside the Trump rallies at Albuquerque, New Mexico, and Anaheim, California, they didn’t discuss how Trump had provoked this activity with his pronouncements, or how unusual this is in American political campaigns. It was reported as another day on the campaign trail.

I don’t doubt—perhaps because I want desperately to believe it—that there are network news presidents wringing their hands and pulling out their hair over how to cover Trump, and searching their souls about whether to abet him by giving him this normalizing treatment or to call him out for what he is: the single greatest danger to American democracy in our lifetime.

This is their existential moment, as well as ours. Normalizing Trump is almost certainly the only way he can be elected because it gives voters the license to cast their ballots for him and for their blackest impulses. I wonder if these executives are asking themselves what they would have done had they been running the media in Weimar Germany when Hitler was on the rise.

I realize that Hitler comparisons are the cheapest political currency, not to mention that they are almost always misguided and wrong. Comparing anyone to Hitler immediately empties the argument. But if Trump isn’t Hitler—for one thing, Hitler was, unfortunately, programmatic; Trump is not—this may nevertheless be America’s Hitler moment as well as its existential one, the moment when Trump is either ostracized or normalized.

Frankly, the media impulse to normalize is almost an irresistible reflex—the media default. Without looking to the similarities between Hitler’s rise and Trump’s, we can look to the way the German media enabled Hitler once he had established power. Although most German newspapers held particular political positions and championed particular parties, the establishment press was beleaguered at the time of Hitler’s rise by the concomitant rise of what became known as the “boulevard press”—what we would call the tabloid press, high-circulation papers that were less interested in ideology or party than in entertainment and excitement.

Hitler certainly benefited from this ecological change in the media, just as Trump has benefited from a similar proclivity in ours, especially cable news. Hitler, too, was a renegade—a political outcast who, like Trump, appealed to a disaffected group nostalgic for nationalism, frustrated by political inertia and fuming over the cultural liberalization of Weimar the way American conservatives fume over our nation’s liberalization.

But a recent book, Hitler at Home, by Despina Stratigakos, professor of architecture at the University of Buffalo, chronicles how, once Hitler became chancellor, the Nazis manipulated the press into portraying the once-marginalized maniac as just another celebrity, who, behind the tough public persona, was a dog-loving, child-embracing homebody. “It was dangerous,” Stratigakos says, “because it made him likable.”

Emory University professor Deborah Lipstadt, in her pathbreaking book, Beyond Belief, tells a similar story of how the international press normalized Hitler after he came to power and ignored his excesses. Many American press accounts exculpated Hitler for the early episodes of Nazi violence and attributed it to “overenthusiastic and poorly disciplined followers.” Editorialized one Ohio paper, “Chancellor Hitler, personally, is committed to a policy of moderation.” The Los Angeles Times agreed, opining that once he “becomes more used to his job”—the pivot—he would become less “theatrical.”

Remember: This was Adolf Hitler. In Germany. How do you think the American press will treat Trump if he closes in on the presidency?

But even if Trump were to lose, the bigger problem with the MSM normalizing him is that they are also normalizing the values he purveys—the anger and violence, the racism, sexism, nativism, misogyny, the ignorance and the hatred of the democratic process. Throughout modern history, these were generally, and rightfully, considered shameful. Major candidates dared not declaim them. But power can extirpate the shame. That is exactly what happened in Germany, where there was, as in many segments of America, a predisposition to the worst instincts of humanity.

The print media at least are already flummoxed not only whether to continue attacking Trump, but also whether to call out his supporters for their antipathy to American tolerance. If anyone wielding power is normalized, large segments of the population from whom that power emanates are always normalized, too. But a media that refuses to condemn these values—and the people who espouse them—are a media that have forfeited their decency as well as their role in a democracy.

This is obviously not a typical election. Trump is obviously not a typical candidate. And, as Andrew Sullivan wrote, the election already has revealed the “fragility of our way of life and the threat late-stage democracy is beginning to pose to itself.” The decent and sane among us want to think a Trump presidency won’t happen. We think that even if it does, something, somewhere, will circumscribe the threat. We can be sanguine. We can let the media normalize Trump and think of him as another presidential contender. We can do that. But that is how fascism takes hold—not because it strong-arms its way to power, but because it seems like a political option, and not the end of politics as we know it. 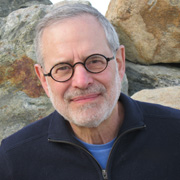 Neal Gabler is an author of five books and the recipient of two LA Times Book Prizes, Time magazine’s non-fiction book of the year, USA Today’s biography of the year and other awards. He is also a senior fellow at The Norman Lear Center at the University of Southern California, and is currently writing a biography of Sen. Edward Kennedy.

This entry was posted in Commentary, Elections & Voting, Media. Bookmark the permalink.

2 Responses to Trump, the GOP and media pivot to ‘normal’