A powerful neocon cell is calling U.S. foreign policy shots in the Trump White House. Neocon describes those who put the interests of Israel ahead of those of the United States.

This cell, which receives its backing from presidential adviser Jared Kushner, Trump’s special adviser on Middle East issues, has been behind two falsehoods concerning Syria’s possession of chemical weapons. The first was trotted out in April when Trump authorized the launch of 59 Tomahawk cruise missiles on Syria’s Shayrat airbase, where Russian units were present, said to have been the launch point for a chemical attack on the town of Khan Sheikhoun. The U.S. attack killed some 90 people, including civilians.

The second lie about Syrian chemical weapons served as the basis for the recent White House warning to Syria, Russia, and Iran that action would be taken against them if there was another planned chemical attack on “civilians.” Syria and Russia have denied such an attack was going to take place and have accused the Trump administration of fabricating video evidence that would be distributed prior to another U.S. attack on Syrian forces.

Neither U.S. Secretary of State Rex Tillerson nor Defense Secretary James Mattis were briefed on the White House charges about Syrian chemical weapons prior to the issuance of the warning to Damascus. Tillerson is reportedly enraged over the White House neocon cell having final say in important foreign policy decisions and has gotten into shouting matches with Kushner and White House Chief of Staff Reince Priebus.

The Russian government indicated that the U.S. was planning to fabricate a Syrian chemical attack on the towns of Saraqib and Arihah in rebel-held territory in Idlib province. 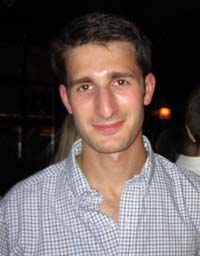 Cohen-Watnick is close to arch-neocon Frank Gaffney, one of Washington’s most Islamophobic policy wonks, and David Horowitz, a close associate of Trump adviser Stephen Miller. Kushner counts Miller among his closest associates in the White House. Gaffney offered Cohen-Watnick an internship at the neocon Center for Security Policy, a virtual Israeli Likud Party front in Washington. While Cohen-Watnick worked at the Defense Intelligence Agency, he infuriated many of his colleagues with his embrace of discredited “intelligence” from neocon sources, including Gaffney’s CSP, but became close to the then-director, General Michael Flynn. It was Flynn who brought Cohen-Watnick into the NSC. When Flynn became Trump’s National Security Adviser, he brought Cohen-Watnick along as one of his chief advisers.

After Flynn was fired, Cohen-Watnick kept his job against the wishes of McMaster, Flynn’s replacement. McMaster discovered that Cohen-Watnick had powerful patrons inside the White House and that they include primarily Kushner, but also Miller and Trump adviser Sebastian Gorka. The trio of Kushner, Miller, and Gorka have Trump’s ear. Flynn was keenly aware that Cohen-Watnick’s parents, who live in Chevy Chase, Maryland, are close friends of the Kushner family. McMaster has discovered that his authority over national security issues has its limits. His desire to have Cohen-Watnick and Gorka canned were met with strong vetoes from the Trump team. McMaster was also faced with insubordination from Harvey, whom Flynn also brought into the NSC. Harvey wanted to fire every NSC staffer who worked in the Obama administration and went around McMaster with his request to Trump and presidential strategist Steve Bannon.

It is bizarre that Miller and Gorka have close ties with Nazis—Miller with neo-Nazi leader Richard Spencer and Gorka with leading members of a Hungarian neo-Nazi movement. Yet, both are close to the fervently anti-Muslim Zionist neocons like Cohen-Watnick, Gaffney, and Horowitz. For someone who wears his Jewishness on his sleeve, Cohen-Watnick strangely registered to vote in Miami as a Republican “Hispanic male.”

Cohen-Watnick was also leading the charge in the totally discredited “Pizzagate” story. He added to the defamation of several individuals and particularly about Hillary Clinton’s campaign manager, John Podesta. Tweeting about Podesta, Cohen-Watnick referenced “Podesta’s obsession with the occult.” Ignoring the fact that he is part and parcel of a criminal syndicate that includes Kosher Nostra Jewish gangsters like Kushner and officers of the Trump Organization, Cohen-Watnick tweeted about “the disgusting and potentially criminal behavior of the Clinton crime syndicate.”

The neocon cell has additional plans to those involving a sustained U.S. military attack against Syrian military targets. They are seeking the expansion of the U.S. campaign to include Hezbollah, Iranian Revolutionary Guard, and even Russian forces inside Syria. That will be followed by U.S. attacks on Hezbollah forces south of the Litani River in southern Lebanon, a cause that has been endorsed by UN Ambassador Haley. They also back a currently covert plan by Saudi Arabia and its Gulf allies in the United Arab Emirates and Bahrain to impose a naval and air blockade of Qatar until that nation cuts off all ties with Iran and joins the Saudi- and U.S-led military campaign against pro-Iran Houthi forces in northern Yemen. Their biggest goal is to get the U.S. involved in “regime change” in Iran.

Cohen-Watnick is known to want to send in CIA agents deep into Iran on sabotage and insurrection missions to enable a revolt against the Iranian government. This is also a goal of the governments of Israel and Saudi Arabia.

None of these goals are shared by the State Department, which is being pared down by the attrition of its senior diplomats, and the Defense Department, where Mattis is faced with an emerging Pentagon neocon cell, which takes its cues from the American Enterprise Institute, and is working in lockstep with the White House’s NSC cell.