Chabad inside the White House: A clear and present national security danger

Multiple reports from inside the Trump White House and the FBI that point to a major on-going counter-intelligence investigation of the financial dealings and foreign intelligence contacts of Trump’s “Secretary for Everything,” son-in-law Jared Kushner, and Trump’s daughter and Kushner’s wife, Ivanka Trump, are also raising their close connections to Chabad organizations.

Kushner and Ms. Trump are observant Orthodox Jews but they have donated to Chabad House, run by the Hasidic Lubavitch movement, in Port Washington and Southampton, New York; Washington, DC; and Boca Raton, Florida. The Donald J. Trump Foundation has donated to Chabad in Boca Raton, Southampton, and the Lubavitch Youth Organization in Brooklyn. Tevfik Arif, who claims he is not Jewish, donates to the Chabad House in Port Washington.

Arif is a principal in Bayrock Group, along with Trump associate Felix Sater. Bayrock had its headquarters in the Trump Tower in New York and was a partner of Trump in the Trump Soho residential building in Manhattan and other real estate ventures in Fort Lauderdale, Florida; Turkey; Poland; Ukraine; Russia; Arizona; Colorado; and New York. In 2010, Arif was arrested in Turkey and charged with running a prostitution ring using sex-trafficked women from Russia and Ukraine. Arif also has business ties to the billionaire oligarch “Kazakhstan Trio” of Alexander Mashkevitch, Patokh Chodiev, and Alijan Ibragimov. The trio is also known as “K3.” The trio donates to a number of Chabad and Zionist causes, including the Euro-Asian Jewish Congress, the World Jewish Congress, and the Bukharan Jewish Congress.

The nexus between “Javanka”—as Kushner and Ivanka are known inside the White House by their major detractors—and some of Donald Trump’s crime syndicate business partners in the worldwide network of Chabad houses, considered by many intelligence agencies to serve as Israeli Mossad “safe houses” and nests for the Russian-Jewish Solntsevskaya Mafia, has raised concerns within the FBI and Central Intelligence Agency.

Kushner, who is President Trump’s adviser on Middle East issues, is believed to have influenced his father-in-law on two major issues that have long been the goals of Orthodox Jews and the Chabadniks: U.S. recognition of Jerusalem as Israel’s capital and the transfer of the U.S. embassy in Israel from Tel Aviv to Jerusalem. While both actions have been taken, Kushner is also believed to have acted as a virtual agent for Chabad in pressing Trump to recognize certain illegal Jewish settler towns and areas in the West Bank and east Jerusalem suburbs—what Israeli refers to as “Judea and Samaria”—as “sovereign” Israeli territory. Chabad influence peddlers may have also succeeded in convincing Kushner to pressure Trump to freeze U.S. financial assistance to the Palestinians.

Boymelgreen was a partner of Israeli billionaire Lev Leviev, who mostly made his fortune in Africa “conflict” or “blood” diamonds and partnered in the purchase by Kushner of the 229 W. 43rd Street Times Square building via a deal with Leviev’s Africa-Israel USA. The Times Square building’s investors also includes the Hong Kong-based firm, 88 Queensway Group, which has been linked by the U.S.-China Economic & Security Review Commission to the Chinese Ministry of State Security in Beijing and construction projects in North Korea. 88 Queensway Group owns the JP Morgan Chase building in Manhattan.

Lax and Ivanka are business partners in Madison Avenue Diamonds. Lax’s and Ivanka’s business entities mirror those of Jared Kushner, Donald Trump, and Paul Manafort. Their corporate networks of limited liability corporations obscure their financial dealings, which is intended, in order to mask their operations from the IRS, FBI, and Securities and Exchange Commission.

Examples of the Chabad-Mossad connection are the 2012 expulsion of a Chabad married couple, Rabbi Sheneor Zalman and his wife Yaffa Shenoi, from the southern Indian state of Kerala. Kerala police intelligence said they had the couple under surveillance for a year in the city of Kochi and that they held regular meetings at their very expensive home in Kochi attended by other Israeli nationals. In filing the deportation order, Indian Research and Analysis Wing (RAW) intelligence said the couple were Israeli spies. The Chabad facility in Mumbai, Nariman House, was considered a top Mossad front and that earned it an attack by Islamist terrorists in 2008. Three American rabbis were killed in the attack. One of the officials of the Chabad House in Goa, a former Portuguese colony in India, is retired Mossad officer Hilik Magnus. Magnus operates a “search and recovery” service for Israeli “tourists” who go missing or are arrested in Asia.

Chabad Houses in Asia are also believed to be involved in the shipment of heroin from Afghanistan to Southeast Asia in the east and the United Arab Emirates to the west. In 1985, the Chabad House on Rue De Palestin in Tunis was discovered to be spying on the headquarters of the Palestine Liberation Organization and providing intelligence to Mossad that was later used by the Israeli Air Force in its military strike on the PLO building.

In 2014, former Mossad director general Meir Dagan publicly admitted that the Chabad organization provides spiritual assistance at Mossad’s Central Command in Tel Aviv. Dagan’s comments followed the passage of a new conscription law by the Knesset that permits ultra-Orthodox Israeli Jews to avoid mandatory military service by acting as Israeli intelligence agents abroad. This alternative service includes working at Chabad Houses around the world, especially in countries like India, which hosts Chabad Houses from Kashmir and Sikkim in the north to the Andaman and Nicobar Islands in the south. [Pictured below, Chabad/Mossad stations in India.] 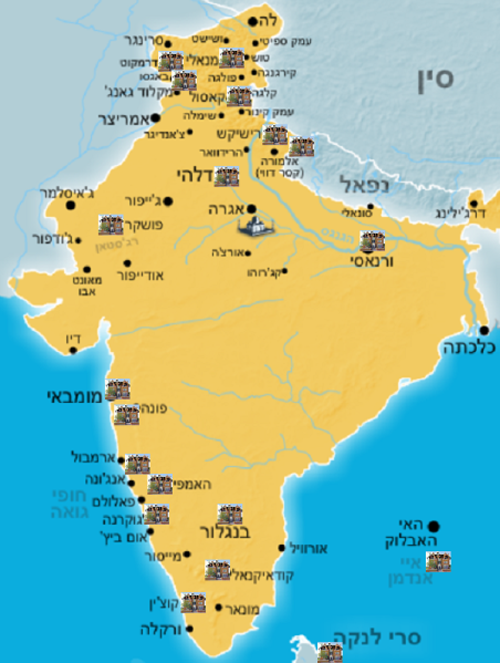 In 2014, Esko Seppänen, a former Finnish member of the European Parliament and a leading figure in the Finnish Left Alliance party, condemned the Helsinki City Council’s decision to sell the former Marine Customs barracks to the Chabad movement for the location of a Chabad House. Seppänen said the location was ideal for the “interception of messages” by Mossad of the “telecommunications of the Finnish State.”

In 2013, Ben Zygier, an Australian Chabadnik from Melbourne, reportedly committed suicide in an Israeli prison. Circumstances of his death continue to be under an Israeli state security gag order. In fact, Zygier, who was said to be away from Australia on a Mossad mission, may have been executed after it was discovered by the Israeli intelligence agency that he was a double agent who was spilling the beans on the Mossad-Chabad connection to another intelligence agency.

In 2015, leaked Top Secret State Security Agency (SSA) of South Africa files showed that Chabad and the South African Jewish Board of Deputies were used by Mossad to spy on South Africans, particularly Muslims.

6 Responses to Chabad inside the White House: A clear and present national security danger