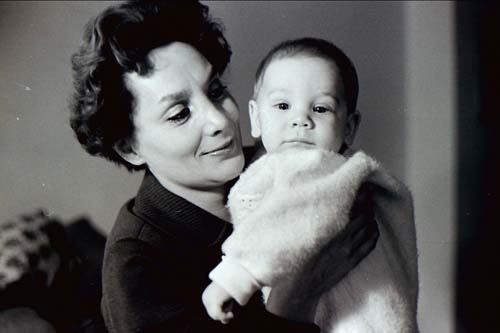 Listen to the news this week, and it’s full of stories of Afghan refugees, and stories about Vietnamese refugees half a century ago, along with refugees from Latin America being beaten back at the Mexican border with Guatemala, and the impending wave of refugees that may soon be flowing from places like Madagascar, where climate chaos has ensured that the crops no longer grow.

If you listen to the media of the privileged elite, or what we generally just call “the media,” or sometimes “the liberal media,” you might easily develop the impression that the history of the US was all about privileged white people oppressing people of color.  You’d be forgiven for not realizing that ours is a class society, with an overwhelmingly working class population, which has always been thus, and has been mostly white ever since each state became a state.  In the US model of settler-colonialism, for a territory to become a state, it first needed a white settler majority—what they call the “pioneers” in the history books on the west coast.  The next wave of migration were the poor workers in all fields, from all racialized backgrounds, some more oppressed than others, on that racialized basis, among other bases, such as nationality, religion, political persuasion, and gender.

The narrative of the lying history books we force the children to consume throughout this country tells us our ancestors leaving “the Old World” (Europe) for “the New World” (the colonized world, the Americas, or specifically the United States) were “seeking a better life for themselves and their children.”  In fact, you can frequently catch them saying the same thing about the Afghans coming in now, as if they were not fleeing their homes for fear of death.

This narrative matches up bizarrely well with the current historical narrative of the identitarian left, which emphasizes only the relative advantages of the starving European immigrants as they competed for a decent wage in jobs worked by even more starving people from China, or enslaved Africans getting no pay at all.  Privilege, indeed.  And then if you do ever manage to extricate yourself from the endless cycle of poverty and exploitation, owning your own house or running a business, then you are just another example of intergenerational wealth, another example of a family that was white enough to qualify for a bank loan, or for the GI Bill.

All the personal sacrifice, the centuries of class war, all the mutual aid and solidarity doesn’t matter to the identitarian left, it’s irrelevant.  The outcome is all that matters.  Inequality persists, and any efforts made by the privileged white majority towards a more equal society shall be forgotten, in favor of making sure we remember every betrayal.  Guilty as charged.  If not, shut up about all that class war history bullshit, and all those people who died fighting for a better world.  The point is, you’re white and privileged, other people aren’t, and you need to somehow fix that situation by talking about it and feeling guilty, not by trying to sidestep the point by talking about how the capitalist system exploits us all.  How we became privileged relative to others is beside the point.  That we are—and that we need to repent for it—is all that matters.  Anarcho-Puritanism 101, I call it.

It’s nothing new for my mind to be occupied by this strange, fake debate, which passes for discourse these days, and is all over the internet, and often also in the streets.  I don’t like to be part of it, because the side I’m on is never one of the widely recognized positions, among other reasons.  But as it continues to simmer in the background as usual in recent years, lately I’m finding myself reading up on my family ancestry.

Looking into this stuff has been an intermittent interest of mine for a long time.  I don’t know how much it has to do with anything, but history has always seemed so alive for me.  In retrospect, it’s hard to imagine how that wouldn’t be the case.  My nanny was a German Jewish survivor of the Nazi holocaust.  Only 25 years before I was born, there were millions of people alive who would soon be incinerated in gas chambers, including all of my known relatives in Eastern Europe.

Aside from my nanny, my blood family’s story predates the twentieth century, but also includes it.  Many migrants and refugees keep in touch with family back home, sometimes for generations.  My grandmother’s parents came from Minsk, and my grandmother and her mother kept in touch with dozens of relatives back home, until they were all killed.  Then my Yiddish-speaking great grandmother died immediately afterwards, when my father was a child, and the mass slaughter in Europe and so many other parts of the world at that time ended.

Grandma Diane, though born in New York, never felt like an American.  This was brought home to me as a child because she always referred to my other grandparents, my mother’s parents, as “Americans.”  She was something else—Jewish, for sure.  New Yorker, yes.  But “America” for her was places like Connecticut, where I grew up, where she would come visit, but where she never felt entirely comfortable, perhaps because she never forgot the signs on the beaches she saw as a kid that said “no Jews or dogs allowed.”

As for my mother’s parents, on Grandpa Chamberlain’s side it’s a long line of blueblood English people, going back to the early days of colonization in Massachusetts, Connecticut, and New York.  I don’t know why they left England.  The history of this side of the family in the nineteenth century includes prominent politicians as well as cannon fodder.  Going further back, there are both slave-holders and abolitionists.  If there is a side of the family that did not leave Europe for fear of death, it is this one, and only this one.

My mother’s mother’s side of the family came from Alabama.  This family line, or a part of it, goes straight to the Irish famine, the Irish holocaust, Black 47.  M. Whelan was his name.  Michael?  Matthew?  From which part of the island did he originate?  Did he speak English?  I have no idea, but he was my grandmother’s grandfather.

Why did he go to Alabama?  Back when he arrived, Alabama was something of a wild southern frontier, the kind of place the dirt poor white people were forced to go to, to try to eke out some kind of a living from the soil, where they might afford to have some dirt to farm on.  That’s why the Irish famine refugees went there.  They had to, they had no other real option, it was that or starve, like they had just been doing back home under British colonial rule.  M. Whelan would die long before his grandchildren were born.  One of his grandchildren would die young, like he did.  Another would leave Alabama, move to New York, abandon her dreams of being a professional musician, and start a family.  That was my grandmother, Margaret.

Years ago, when I was doing ancestry research, I always ran into a wall when I got to Ellis Island.  Whatever was going on with that side of the family in Europe was a mystery.  The ancestry sites I was using claim they’re hooked in with European databases, but it never seemed to be really true.  Then it turns out another person had already done what probably was exhaustive amounts of genealogical research into a family line that intersects a whole lot with my father’s father’s Hungarian-speaking parents.

I don’t really know why it’s quite as intense as it is to be able to connect an actual town in Europe to my relatives who only emigrated from there three generations ago.  Not a big city like Minsk, which feels like a somewhat anonymous place of origin because of its size, but a little village.  A place currently in the Czech Republic, called Krompach.

It was only for practical purposes, looking into residency permits and such, that I was even bothering to look into it, and I wasn’t at all sure I’d be able to find the information I needed, but here it was.  All I had known was a guy named Adolf Rovics, my great grandfather, was born somewhere in what was called Austria on his immigration papers, which would have been the Austrian Empire, back in 1857.  His wife, my great grandmother, Minnie Sturz, was born ten years later, when the same region was part of Austria-Hungary.  Minnie’s parents were named Baruch and Klara.  Baruch was a rabbi.

Minnie and Adolf’s son, my grandfather, Alvin, was born in New York, in 1899.  Adolf died six years later—very young, as was and is so often the case for members of the working class, be they refugees or not.  Alvin never completed high school, but he and his siblings managed to live long lives, like the generations that came after, that were lucky enough to be in the Americas, and not in the perpetual carnage that was Europe during the first half of the twentieth century.

Those are some of the refugees who fled European pogroms, European religious bigotry, and European wars of empire and conquest, from whom I am descended.  Which forms of slaughter were your ancestors escaping?  And what forms of bondage did they find here?  More likely than not, if you are descended from people who left their homelands for one reason or another to come to an unknown place, you have similar stories—whether you’re aware of them yet or not, whether they have been lost to history or somehow preserved, at least in some skeletal form.

David Rovics is a songwriter, podcaster, and part of Portland Emergency Eviction Response.  Go to artistsforrentcontrol.org to sign up to receive text notifications, so you can be part of this effort.  Another Portland is possible.