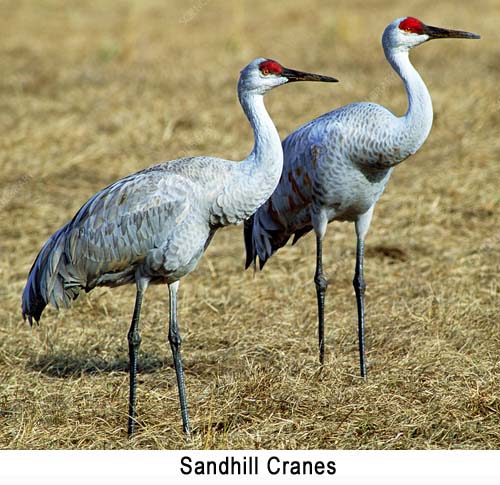 Where is cancel culture when you need it? Ted Nugent’s racist remarks got him banned from performing in Muskegon, Michigan, Fort Knox and removed from Long Island’s “Back the Blue Demonstration” performing line-up just last year. Though he claims to be a patriot, he has bragged about being a draft dodger and pedophile (later recanting the claims).

Yet the rocker/hunter provocateur was invited to speak this month at Wisconsin’s legislature in Madison to lend credibility to new hunting bills sponsored by Republican lawmakers. Specifically, the GOP legislators want to establish a hunting season for sandhill cranes, known for their engaging migratory “dances” and mating for life. Wisconsin already has a dove hunting season and is working on a swan hunting season.

At the hearings, Nugent called sandhill cranes “rib-eyes in the sky” and suggested eating them with butter and garlic.

Most of the Wisconsin bills seek to simplify or reduce Wisconsin Department of Natural Resources (DNR) regulations for hunting, trapping and fishing which are indicted for serious sportsmen attrition. “When you’ve got a landmine field of regulations, people are quitting,” said Nugent.

Fees paid by hunters and trappers largely constitute NDR budgets and loss of sportsmen is threatening. For years DNRs have operated programs to give young hunters “the bug” to replace the loss of older hunters. These include lowering the age at which children can hunt, increasing the size of animals children can hunt and breeding pheasants for canned (can’t miss) child hunts. (Some states even have children raise the pheasants they will hunt, from chicks.) Nugent himself operates a canned hunting facility in Michigan, a “high fence” ranch in which animals cannot escape so kills are assured.

It is doubtful the bills will work for the lawmakers because hunting, whether in Wisconsin or nationally, is a dying sport, pun intended. Hunters now represent only six percent of the nation and are 89 percent male, 94 percent white and old. Yes, the same demographic as the NRA where Nugent was a board member until this year.

Ask young people about the sinking popularity of hunting and many will tell you it’s is just not cool. “Only a couple of my friends really hunt,” high school student Jonathan Gibbons told the Pittsburgh Tribune-Review a few years ago. “The rest have never really found the appeal of sitting out in the cold to shoot an animal.”

And there is another reason for the decline in hunting. Many who love the outdoors choose off roading, hiking or birdwatching over blood sports.

Some hunters say they are putting food on the table or trying to “thin the deer herd” (though revenue-hungry DNRs actually license deer breeding operations while yelling “overpopulation.”) Trophy hunters like to say killing a rhino or zebra for $10,000 “provides income to a poor community” as if photo safaris don’t.

But Nugent’s “hunting” sounds so demoniac, so intentionally violent it is like out of the movie Halloween. For examples, this is a tweet he posted in 2013.

“I took my machine gun in the helicopter—in the Texas hill country—me and my buddy ‘Pigman.’ His name is ‘Pigman’; I’m the swine czar. I killed 455 hogs with my machine gun. I did it for Bill Maher and all those other animal rights freaks out there.”

In addition to such revenge killings, Nugent also thinks deer and elk baiting is just fine and encourages killing wolves (in his words) “like ya mean it.”

And trophy hunting? Nugent posted an undated photo of a lion he killed, its eyes grotesquely being pulled back by the apparent hunting guides. Was the lion baited? Was he tame like Cecil?

Lately we hear a lot about offensive public figures being “cancelled” and banned from speaking. Whose decision was it to have someone like Nugent speak at the Wisconsin Capitol building?

One Response to Ted Nugent testifies for hunting bills in Wisconsin