As the dire threat of Havana Syndrome gains increasingly widespread acknowledgement, the US government employees who’ve been finding themselves targeted by these attacks are desperate for a way to protect themselves from this electromagnetic menace.

Luckily, scientists at the Pentagon’s Defense Advanced Research Agency have devised an innovative new solution to this peril which anyone who feels they may be in danger of Kremlin microwave beams can implement using a common and inexpensive household product.

Here is a step-by-step breakdown of the simple prophylactic measure that experts are recommending for US diplomats, CIA operatives, government officials, wealthy media pundits, and anyone else who fears they may fall victim to GRU ray gun attacks:

First, you will need a roll of standard aluminum foil. 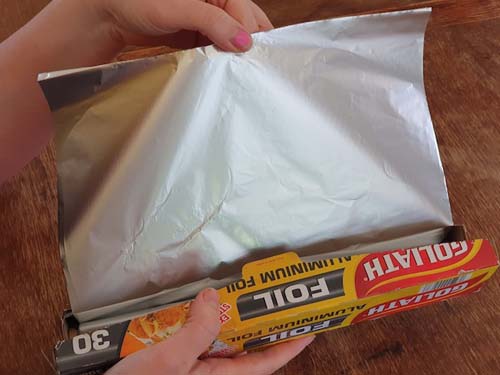 Second, lay out an arm span’s length of the foil. Don’t be stingy; your neurological wellbeing may depend on it. 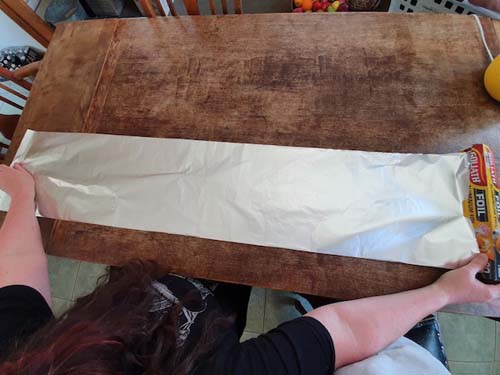 Next, fold it in half. Doubling the layers adds extra protection from Kremlin radiation blasters.

Gather the foil around your head, careful to leave no vulnerable part of the cranium exposed. 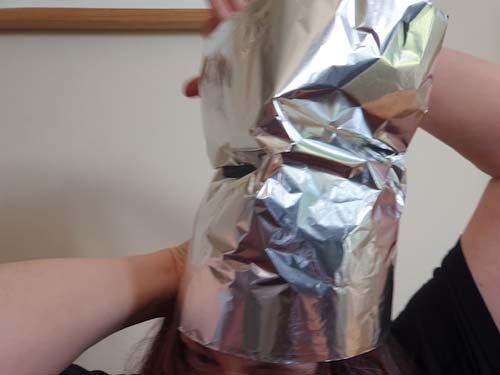 Now pack down the foil over your skull. Be thorough now; you don’t want to let Russian brain phasers turn you into an idiot. 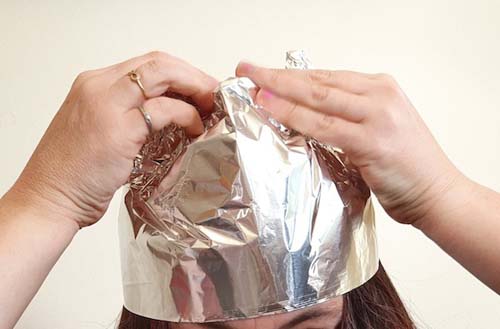 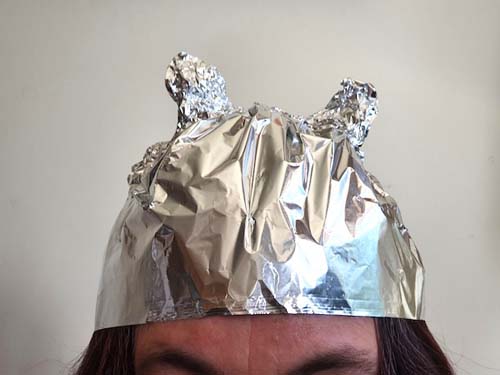 And there you have it. Not today, Ivan! You’ll have to try your dastardly Kremlin mind tricks on somebody less clever.

Experts highly recommend all western government officials make use of a Havana Syndrome deflector helmet for the foreseeable future, as well as all intelligence operatives, all major media figures, and anyone who just generally feels as though Russians pose a major threat to their way of life.

Scientists are now reportedly seeing encouraging research suggesting that Havana Syndrome can also be deflected by a rainbow-colored wig supplemented by white face makeup and a red ball on the nose.

So it turns out we here in the free world are a step or two ahead of the Kremlin. Nice try, Mister Putin. You’ve got to wake up pretty early in the morning to make fools out of us.

Caitlin Johnstone is a Melbourne-based journalist who specialises in American politics, finance and foreign affairs. Her articles have been published in Inquisitr, Zero Hedge, New York Observer, MintPress News, The Real News, International Policy Digest and more. Caitlin is the author of Woke: A Field Guide For Utopia Preppers, an illustrated poetical guide to reclaiming the earth from the forces of death and destruction.

This entry was posted in Commentary, The Lighter Side. Bookmark the permalink.