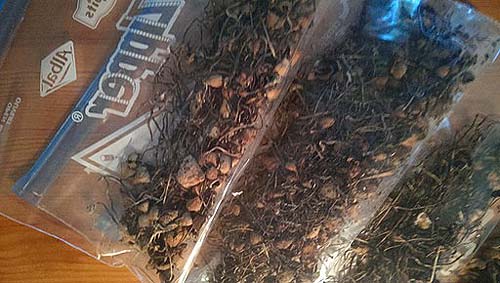 According to a recent National Institutes of Health survey, United Press International reports, “use of marijuana and hallucinogens among young adults in the United States reached an all-time high in 2021.”

According to the survey, 43% of young adults admitted to having used cannabis in the past year, with 8% saying they’ve tried LSD, psilocybin mushrooms, or other “hallucinogens.”

That, believe it or not, is good news.  Both of these “drug” categories have a history of use as long as the history of humanity, with known medical and mental benefits, few negative side effects, and virtually no correlation to violent behaviors.

None of these items should have ever been illegal to use, possess, sell, or grow/manufacture in the first place, and increasing familiarity with them continues to feed  growing opposition to the  “war on drugs.”

They’re all, in three words, “safer than alcohol.”

Which, the same survey says, remains the most popular “drug,” with binge drinking rebounding from a 2020 low and “high-intensity” drinking steadily increasing.

If I knew one of my children (all now thankfully and safely out of their teens) was going out to “party,” and that recreational substances would be involved, I’d much rather they got into a bag of weed or some mushroom caps than into a case of beer or a fifth of bourbon. There’s just less potential for senseless brawls, sexual assault, or driving while impaired.

Don’t get me wrong. I’ve personally got nothing against alcohol, and don’t think it should be illegal. I use it, although these days I drink maybe a six-pack of beer and a few ounces of whiskey a year; it used to be … well, quite a bit more.

People have both self-medicated and recreationally dosed themselves with various things since there have been humans.

They’ll keep doing so, even if politicians get together and decree that they mustn’t.

The choice we face is not between a society of junkies and a “drug-free America.” History has taught us that neither of those things is going to happen.

We’re moving in the former direction. And should continue to do so.