I had a look at this fellow’s work online and did indeed see articles sharply criticizing China and Russia, as well as much weaker governments like Sri Lanka, the Philippines, and the Taliban.

But guess what government I didn’t see in his crosshairs?

This to me is the worst kind of moral cowardice. To live in Australia (effectively a member state of the US empire) and yet spend all your time criticizing far weaker and far less destructive governments than the US is like living in a Nazi-occupied territory during World War Two and spending your time shaking your fist at Brazil. It’s like tut-tutting judgmentally when you hear your neighbor raise her voice at her kids even as you yourself are busy murdering your entire family with an axe. 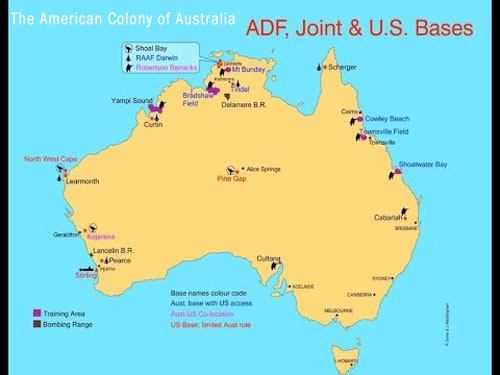 As I learn more and more about global power dynamics and interact with more and more people around the world responding to the things I have to say, I find myself growing more and more disdainful of those who live directly under the thumb of the US empire and yet spend their time criticizing unabsorbed governments like Russia and China. It’s literally the most pathetic, snivelling, power-serving position anyone can possibly take at this point in history.

Everyone in the world should focus their scrutiny and criticism on the most powerful and destructive power structure in the world, because that is the sane and normal thing to do. But those who live in the US or its imperial member states have a special obligation to do so, because focusing on far less powerful and far less evil governments when you live under the umbrella of the US-centralized empire is gross.

Even if you don’t buy the argument that those who live under the US empire have a special obligation to focus their criticisms on that power structure, at the very least you should make your criticisms proportionate to the destructiveness. And because the US is by far the most destructive power on earth, you should be criticizing it far more often than you criticize other powers.

EXCLUSIVE: Twenty years after 9/11, compelling statistical data suggests that the true death toll of the ‘War on Terror’ is a staggering *6 million people*: which is likely a conservative estimate. I breakdown the data for @BylineTimes https://t.co/YTV6IoZ3ic
—Dr Nafeez Ahmed FRSA (@NafeezAhmed) September 15, 2021

But it’s worth taking time to do some honest self-examination on why you feel the need to even give proportionate criticism to empire-targeted governments like Russia and China, in a society where every single one of the most powerful media and government institutions already criticize those governments constantly while ignoring the crimes of the empire. It’s worth examining why you feel the need to lend your voice to a message that is already being amplified as loudly as any message could possibly be amplified when criticisms of the empire are so profoundly neglected in the English-speaking world, and questioning  whether lending your energy to those propaganda campaigns would have any desirable effect at all. What usually happens after we start hating a government the US empire is urgently telling us we must hate?

If you do examine your urge to join the mainstream shrieking about US-targeted governments, what you will probably find (if you are honest with yourself) is that you’ve been marinating in pro-US propaganda your entire life, and that has warped your expectations of normal criticism.

We’re so accustomed to seeing the misdeeds of US-targeted governments grossly over-emphasized and exaggerated, while seeing US misdeeds grossly under-emphasized and ignored, that it sets the bar for our expectations of what normal criticism should look like. This distortion effect makes an appropriate level of aggressive criticism of the US empire look inappropriate and disproportionate; we’ve been trained in such a way that a normal amount of emphasis on the evils of US imperialism looks freakish and suspicious. 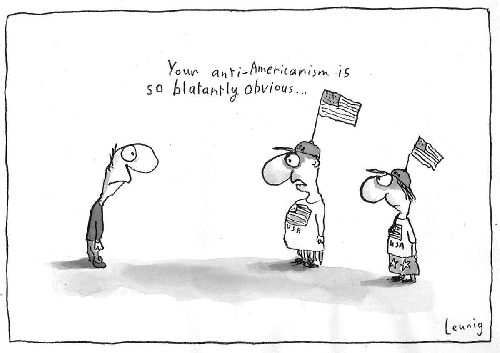 It’s a lot easier to criticize empire-targeted governments than the empire itself, because everyone we’re surrounded by has been consuming empire propaganda all their lives and we’ll receive pushback from them when what we say causes them to experience cognitive dissonance. And this is a major reason so many westerners opt for the path of least resistance rather than shining the spotlight of truth where the real monsters are.

But that’s cowardice. It’s bootlicking. It’s pathetic. Don’t facilitate the propaganda campaigns of your rulers while failing to criticize the crimes of those rulers just because it’s easier than putting your energy where it belongs. You’re not being a big brave truth teller when you criticize far away governments who have no power over you; you’re being a coward. Don’t serve power while pretending to oppose power. It’s gross.

Caitlin Johnstone is a Melbourne-based journalist who specialises in American politics, finance and foreign affairs. Her articles have been published in Inquisitr, Zero Hedge, New York Observer, MintPress News, The Real News, International Policy Digest and more. Caitlin is the author of Woke: A Field Guide For Utopia Preppers, an illustrated poetical guide to reclaiming the earth from the forces of death and destruction.