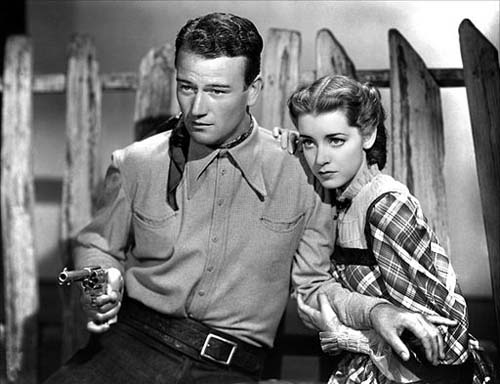 As the world knows, the United Kingdom’s Queen Elizabeth II died on September 8 at the age of 96, kicking off weeks of national mourning and ceremonies of transition.

Fewer noticed the passing, the day before, of American actress Marsha Hunt—whose film career began in 1935, and who starred opposite such names as John Wayne, Mickey Rooney, and Laurence Olivier before getting caught up in the McCarthy-era “blacklists”—at 104 years.

While these two women came from different countries and backgrounds, and took wildly different career paths, I’m struck by what they had in common with each other that few of the rest of us can even remember, let alone really understand.

They both lived through the Great Depression, World War Two, the Cold War, and the reorientation of global politics after the collapse of the Soviet Union (which was itself younger than Hunt!).

Most of us know those events only from literature and film (perhaps including Hunt’s None Shall Escape, the first movie about the Holocaust) or, if we’re lucky (and a little older than average ourselves), the oral recollections of our parents or grandparents.

The median global age is around 30. Half of humans now living can’t remember a world before the World Wide Web.

Marsha Hunt and Elizabeth II were adults before television became common and before most households even in “developed” countries had telephones, let alone telephones that could be carried around, take photos, and run sophisticated computer applications.

Between the two of them, they watched most of cultural, economic, political, and military water that ran under the bridge of the last century, a bridge we now find ourselves stranded on far side of without much living memory of where we came from.

Is “institutional memory” a substitute for the real thing? I don’t think so. While the Renaissance-era clothing and trumpet-blowing of Charles III’s ascent to the throne—or for that matter, a film retrospective of Hollywood’s “golden age”— may be interesting and engaging, we remain trapped in the same tired old cycles of culture, politics, finance, and war that made the 20th century as horrific as it was innovative. We benefit from the advancements, but keep making the same mistakes.

Elizabeth II and Marsha Hunt may have been makers as well as observers of those mistakes, but we’re poorer for their passing: They’re no longer around to remember the mistakes for us, leaving us likely condemned to repeat them.