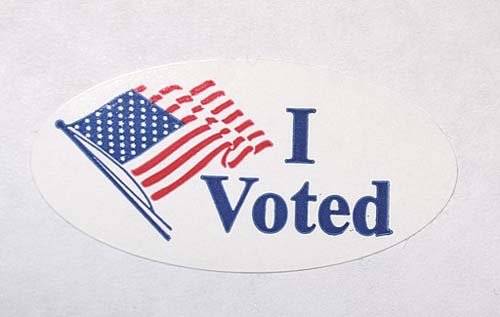 “Election Day” has become a fuzzy concept lately: Officially it falls on “the Tuesday next after the first Monday in the month of November,” but most states offer early voting in person or by mail these days.

Millions of Americans have already cast their votes — and the probability that we won’t know all the winners and losers on “Election Night” is somewhere in the neighborhood of 100%. The US Senate race in Georgia may well go to a runoff. Some congressional races may come out close enough to justify a recount, and in some other races prospective sore losers have already announced their intention to litigate any result they don’t like until the cows come home.

Also, even though I’m writing this on the Saturday before “Election Day,” there’s a good chance you won’t see it until Wednesday or later. So now feels like as good a time as any for the “morning after” column.

Are you convinced that, after all the months of constant foofooraw leading up to “Election Day,” anything substantial really changed between Monday and Wednesday?

Their team lost its Senate majority, or didn’t gain one.

The dog ate their ballots.

There was spit on that baseball or lead in that bat.

Whether we believe any of that or not, life will go on next week in much the same way it did last week.

Which, I guess, is better than the alternative.

There’s nothing new under the sun.

The issues we tussle over may change in detail, but they don’t change in essence. VOTING HARDER answers the question “who do we let run our lives?” when we should instead be asking “why  let ANYONE run our lives?”

I follow (and occasionally practice) politics for the same reason a junkie seeks the next fix or a compulsive gambler places just one more bet, not because I expect VOTING HARDER to change my life for the better. It’s a nasty habit and I really should quit. But the dog ate my ballot.