Gridlock just ain’t what it used to be 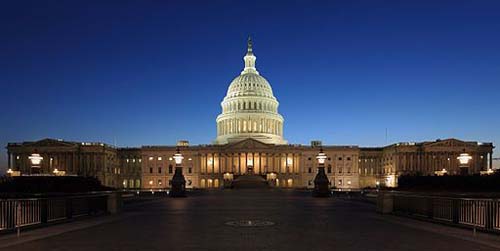 The 2022 midterm election results “stand as an expression of overwhelming lack of confidence in the major parties,” J.D. Tuccille writes at Reason magazine, “with a resulting breather for the country resulting from the split decision’s ensuing, and quite welcome, gridlock.”

Tuccille’s sigh of relief is only partial. While Republicans’ slight majority in the House of Representatives and 40+ seat “filibuster-capable” Senate minority means the most ambitious Democratic legislation won’t make it to President Joe Biden’s desk to be signed into law, he notes, “[t]he increasingly autocratic nature of the presidency allows enormous room for the nation’s chief executive to act unilaterally.”

Like his predecessors, Biden has a pen and a phone. And he’s proven himself at least as, if not more, inclined to use them to buy time (and more importantly, as columnist James Bovard notes with regard to “student loan forgiveness,” buy votes) even when he freely admits in advance that the courts will likely overturn his orders.

I’m even less optimistic than Tuccille about the potential benefits of gridlock—because it just ain’t what it used to be.

Once upon a time, and not that long ago, Congress at least occasionally fought real battles, over real issues, with winners and losers. Legislation passed or it didn’t. The Current Thing got done, or it got thrown into the dustbin (until after the next election, anyway).

These days, ideas that can’t pass as stand-alone bills get slipped into “must-pass” omnibus bills.

“The defense bill isn’t the place for Democrats to indulge the wild ideas of their latest social experiments, like forcing women to register for the draft,” US Senator Tom Cotton (R-AR) complains.

It looks like Cotton may have to either give up his love of big military spending—fat chance—or vote for a bill including said “social experiment.”

And Senate Majority Leader Charles Schumer (D-NY) seems to be planning to fold the NDAA into an even larger end-of-year spending package, forcing other members of Congress to make such all-or-nothing decisions.

That’s the problem with the current version of “gridlock”: Instead of neither side getting anything it wants, both sides get the WORST things they want, even before the president pulls out his pen and starts fiddling with his phone.