Goldman, other welfare queens tell us forget Social Security and Medicare until 70

WASHINGTON, DC—A long standing Money Party front, the Business Roundtable, wants you to wait until you’re 70 years old before you get Social Security and Medicare benefits. This is just a reprise of the November 2012 dictate from the king of corporate cronyism, Goldman Sachs CEO Lloyd Blankfein.

That’s easy for Lloyd to say. He makes tens of millions of dollars a year without so much as lifting a finger. You can be sure that Blankfein has a deluxe health insurance and retirement plan.

Most seniors lack these necessities. Half of those 65 or older make $45,000 a year ($3,750 a month) or less. If you have to wait until 70 for Medicare, you can either pay monthly health insurance premiums of $1,000 to $3,000 a month (if you can get it) or you can learn pain and suffering up close without coverage. You can eat much less and downsize to substandard shelter to pay your health care costs (premiums and out-of-pocket expenses). Perhaps the combination of restricted health care, substandard diet, and inadequate shelter may even kill you, in which case the problem is solved.

How would Lloyd react if he had to pay anywhere from 25% to 60% of his gross income for medical coverage? Would he have a different opinion given the choice between food and shelter versus health insurance premiums?

The Money Party proposals for entitlements represent a looming disaster for millions of working people who struggle to make it to a retirement age of 65. In fact, nearly 20% take the lower Social Security benefits that come with early retirement at 62.

Medicare eligibility is fixed at 65. Let’s say it’s raised to 70. Instead of waiting three years for medical coverage, the early retirees (often unfit to work or unemployed) would wait eight years for Medicare. For those who take the full Social Security benefit at 66 (born from 1948–1954) or 67 (born after 1960), the wait for Medicare would be three to four years. Imagine the possibilities for complications and tragedy while waiting for Medicare.

There’s a real genius to the Blankfein-Roundtable proposals that escapes public examination. The longer benefits are delayed, the more people will die before claiming any of the benefits. The longer benefits are delayed, the longer people will end up working. That means greater stress on health with more people axed from the Social Security and Medicare rolls due to an earlier than expected demise.

It gets even worse. The higher the retirement age for Social Security, the more seniors end up paying in Social Security taxes. That creates an even larger pool of funds for the annual borrowing from Social Security surpluses (aka rake-off) by the government to cover much of the pork-laden Federal budget. All we get is a promise that our taxes and contributions will be repaid as we hear various executives, politicians, and commissions demand that those benefits be reduced. Their scamming is without end.

The real money shot for the Money Party would be to leave Social Security retirement ages alone but insist on and get the 70 year old requirement for Medicare benefits. Since most of the retired population likely can’t afford to buy private health insurance while they await Medicare, the death toll would rise exponentially.

Some of you may be wondering, Can’t people just keep working until the later eligibility age so they’re not reliant on either Social Security or Medicare? 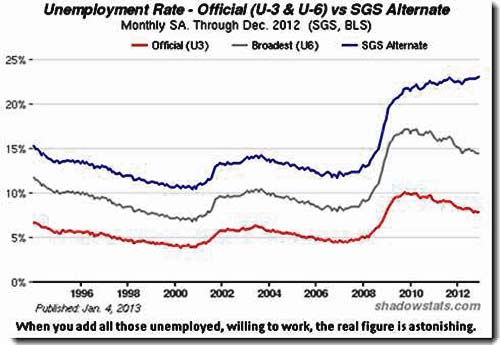 You’d think Lloyd would hire an adviser to brief him before he shoots his mouth off.

Why should he? Blankfein and his Wall Street pals got away with the biggest theft of all time—trillions of dollars in home equity value, retirements, etc. as a result of the 2008 financial collapse. Nothing happened then and certainly nothing will happen now to any of the financial elite for their nonstop, profoundly offensive and deadly proposals.

There is no justice when theft like this goes unchallenged. The perps are still fat and happy with plenty of walking around money.

There is no civility and decency when monsters like Blankfein and the Business Roundtable feel that they have the license to make such outrageous proposals.

Who among those elected will challenge and rein in the Money Party?

Michael Collins is a writer in the DC area who researches and comments on the corruptions of the new millennium. His articles focus on the financial manipulations of The Money Party, the abuse of power by government, and features on elections and election fraud. His website is called The Money Party, where this article was originally published.

This entry was posted in Social Security. Bookmark the permalink.

One Response to Goldman, other welfare queens tell us forget Social Security and Medicare until 70