Do you have back pain? Hot flashes? Big Pharma hopes so! 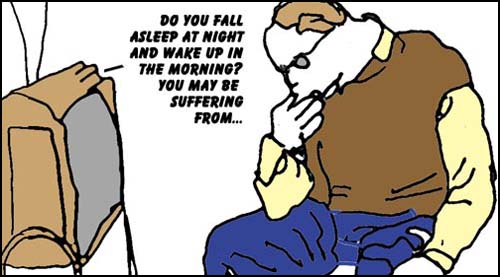 Recently some of the nation’s top researchers, clinicians and scientists convened in Washington, D.C,. for the first annual Selling Sickness conference—examining how Pharma “sells” diseases to move the medications intended to treat them.

Examples of Pharma’s disease-mongering business model abound, especially since direct-to-consumer advertising began in the late 1990s. Depression, bipolar disorder, seasonal allergies, insomnia and gastro reflux disease (GERD) are just some of the “diseases” that tripled and quadrupled in the population thanks to TV advertising, sometimes accompanied by self-administered “quizzes.” Even more lucrative have been childhood and adult ADHD, assorted behavioral, mood and “spectrum” disorders, excessive sleepiness and “wakefulness” disorders and of course restless legs syndrome. Ka-ching.

Proof of Pharma’s disease-selling model is as close as investment reports which unabashedly gush about growing “markets” for fibromyalgia or depression. And 2013 reveals that a “market” for ankylosing spondylitis is unfolding now that Abbott has dedicated an entire company to sell its extreme drug Humira.

Do you have back pain? Are you dismissing it as resulting from “lifting too much” at the gym or “bad posture”, ask Abbott radio ads. You may have ankylosing spondylitis. Instead of spending five dollars a month on aspirin or acetaminophen, you could be spending $20,000 a year on Humira and exposing yourself to tuberculosis (TB) and serious viruses, fungi, or bacterial infections!

Why would people voluntarily take a drug that “may increase the chance of getting lymphoma, including a rare kind, or other cancers . . . hepatitis B infection in carriers of the virus, allergic reactions, nervous system problems, blood problems, heart failure, certain immune reactions, including a lupus-like syndrome, liver problems, and new or worsening psoriasis”? Side effects that are worse than the conditions being treated? (“Some people have died from these infections,” says the label) Because advertising works!

ADHD has been another lucrative disease for Pharma, though marketers worry about the five million kids at risk of going off their ADHD meds when they leave home. “I remember being the kid with ADHD. Truth is, I still have it,” said an ad from stimulant maker Shire with a photo of Adam Levine, the lead singer of Maroon 5, in the Northwestern University student newspaper, the Daily Northwestern. “It’s Your ADHD. Own It,” is the tagline. (Was “Stay Sick” the second choice?)

Earlier this month, a widely disseminated press release furthers the ADHD financial damage control by announcing research that reveals that “ADHD Can Often Persist Into Adulthood.” News outlets obediently headlined their articles “ADHD Doesn’t Go Away,” and “ADHD Can Often Persist Into Adulthood” (gee, thanks!) without even noting the financial partnership between Shire and the study’s lead organization, Boston Children’s Hospital, penned just four months ago. Oops.

Finally there’s the lucrative “disease” of menopause which made Pharma billions until the meno drugs Premarin and Prempro were found to cause endometrial cancer and breast cancer respectively. This week, an FDA advisory committee continues the unsavory tradition of overmedicating a non-disease by considering gabapentin (Neurontin) and paroxetine (Paxil) for “treatment of moderate to severe vasomotor symptoms due to menopause.”

How safe are gabapentin and paroxetine? Both Neurontin-maker Pfizer and Paxil-maker GlaxoSmithKline PLC settled major lawsuits over buried risks related to the drugs and face many others. One Paxil study that hid risks was written by GlaxoSmithKline’s marketing firm not the credited doctors, according to court proceedings brought by the New York Attorney General.

It is easy to blame Pharma, a bought FDA, bought medical institutions and a rubber stamp press for promotion of expensive and dangerous drugs for non-diseases. But patients who decide from seeing an ad that they are “sick” also perpetuate the business model—and raise insurance rates.

Martha Rosenberg is a freelance journalist and the author of the highly accalimed “Born With A Junk Food Deficiency: How Flaks, Quacks and Hacks Pimp The Public Health,” published by Prometheus Books.

One Response to Do you have back pain? Hot flashes? Big Pharma hopes so!