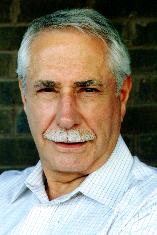 Last week, when I received an email from former Alaska Senator Mike Gravel’s wife, Whitney, I figured the news would not be good. Mike, whose longshot presidential campaign I supported after he announced his candidacy for the 2008 Democratic nomination on April 17, 2006, had been transferred to hospice care in California. Sadly, Mike succumbed on June 26 to multiple myeloma, a cancer of the blood plasma cells. Mike’s family and I were hoping he would, at least, make it to June 29—today—the 50th anniversary of his reading of the then-classified Pentagon Papers in the Senate and, thus, into the Congressional Record.

I fondly recall that when Mike announced his candidacy for the 2008 election at the National Press Club, my mother happened to be visiting me in Washington. Mike and Whitney were kind enough to invite her to the announcement and a post-event reception at their home in Arlington, Virginia. Mom had never been ringside at a presidential candidacy announcement speech. But the funniest thing that day would occur later at the Gravel residence. As I perused the buffet luncheon table, I caught from the corner of my eye Dana Milbank, the political columnist at The Washington Post. He was chatting with my mother! At first I was horrified. Was Milbank going to give my mother the same sort of acerbic ink he had given so many others in DC? It turns out that he introduced himself in a friendly manner to my mother and told her that he was a reporter for the Post. Obviously, when Milbank realized that my mother was not some deep-pocketed Democratic Party donor from Florida helping to bankroll the Gravel campaign, he made his way to some of the more political types in the room. My mother said Milbank seemed very nice, although I tried to convince her that others in DC did not share that observation.

Many times, Mike and I found ourselves at some of the same early evening meetings and other social events in DC and Arlington. Sometimes, Mike would give me a ride back to my apartment in Arlington. On one occasion in 2007, while he was still a candidate for president, he told me before I got out of his car that if he were elected, he wanted me to be his CIA director. While flattered, I told Mike that if that were to occur, two things would happen in quick succession. He would be immediately assassinated and I would be waterboarded to death by a CIA hit team. I also said that hopefully, the hit team would not get to me until after I fired about 95 percent of the CIA workforce. We had a few laughs over that but Mike knew, more than many people, that there was more than a grain of truth to our shared dark humor. The CIA, in fact, has assassinated and even tortured many a political leader who crossed them. Believe it or not, it would have taken someone with Mike’s courage to have successfully taken on the military-intelligence complex—all of the alphabet soup agencies we know and those we have never even heard of. I am still grateful that Mike believed that I could have assisted in his efforts to clean up government as, of all things, his CIA director!

Mike knew a lot about intelligence tradecraft. He was an Army Counterintelligence Corps officer assigned to Stuttgart and Paris during and after the Korean War. His command of French made him the perfect Army field agent in France. He also dropped his nickname “Mike,” opting for his actual first name, Maurice. Maurice Gravel blended in nicely with the French populace and Mike, with his French beret and mustache, likely fooled more than one Soviet, East German, Vietminh, Yugoslav, ex-Vichy or other foreign agent skulking through the French capital during those Cold War years.

Years ago, I gave Mike a bumper sticker I had made up as a thank you to donors to WMR during its first two years when it was still a free site subsisting on donations. The sticker read: “After the Rapture, can I have your car?” Whitney said that sticker was posted on a wall at their California home and that she and Mike still laughed about it. Mike had a tremendous sense of humor, which is why I appreciated him even more. Today, most politicians do not possess a balance of seriousness and a sense of humor. Many of those in the Senate during Mike’s twelve years in that body possessed such a balance: Democratic Senators George McGovern, Frank Church, Fritz Hollings, Walter Mondale, Bill Proxmire, and Ted Kennedy, as well as Republican Senators Bob Packwood, S.I. Hayakawa, Jake Javits, Barry Goldwater, Charles “Mac” Mathias, and Hugh Scott. They are as rare as hen’s teeth today.

Today, the nation not only mourns the passing of a great and fearless political leader, proponent of democracy, and representative of the people, but I lament the passing of a good friend. Borrowing from Dwight Eisenhower’s 1952 and 1956 “I Like Ike” campaigns, “I like Mike” became an often-used slogan in the 2008 Gravel campaign. I, for one, will always “like Mike.”